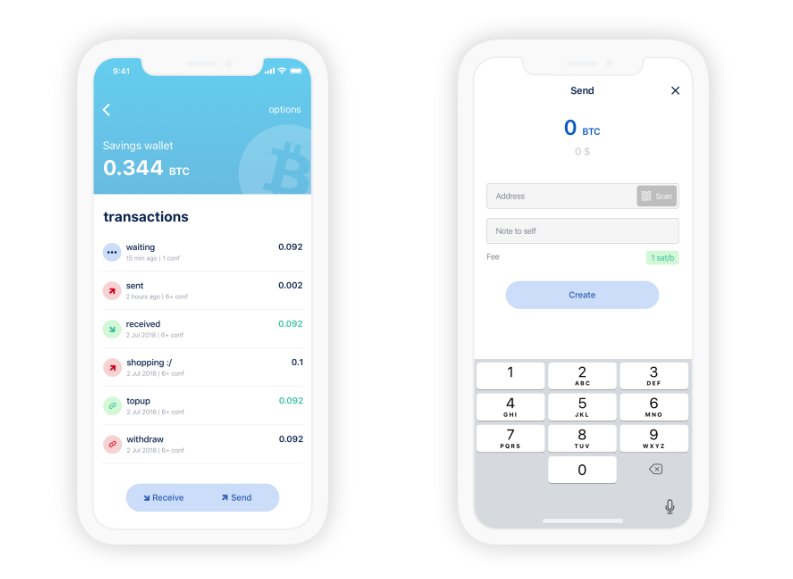 Please refer to the engines field in package.json file for the minimum required versions of Node and npm. It is preferred that you use an even-numbered version of Node as these are LTS versions.

To view the version of Node and npm in your environment, run the following in your console:

Please make sure that your console is running the most stable versions of npm and node (even-numbered versions).

Once you connected an Android device or launched an emulator, run this:

The above command will build the app and install it. Once you launch the app it will take some time for all of the dependencies to load. Once everything loads up, you should have the built app running.

MOTIVATION TO BUILD IT

I was not satisfied with existing iOS Bitcoin apps, especially with BreadWallet (the one I mainly used) where development stalled and they could not even deliver such features as SegWit, RBF and custom fees (at the times where custom fees were especially needed).
So I knew I could create one to use myself and let others use it.
I had experience with awesome bitcoin-js lib (javascript), and since I dont own any Macs, don't plan to and not going to learn ObjC/Swift - ReactNative (where you also write in javascript) was an obvious choice.

Lunch picker is the tool you’ll turn to to answer this question.

Cosmos is an open source Social Media platform. The project aims to provide a dedicated box like platform for it's users where they can have dedicated spaces for their friends

A picker (dropdown) component for react native which supports both Android & iOS.

A snackbar component for Android and iOS, customizable and simple.