For iOS, we are wrapping a TextInput component. You can pass down your custom styling to match your other inputs.

For Android, we are using the native Picker component, but adding a pseudo-underline to emulate a typical TextInput. Additional styling can be passed down also to further customize the appearance.

For either platform, you can alternatively pass down a child element that will be wrapped in a touchable area, triggering the picker. 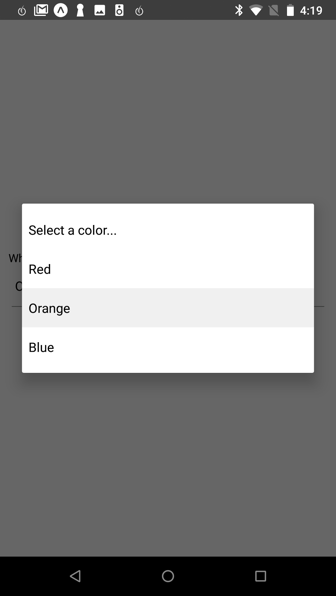