You cannot use glamorous together with react-primitives to style the components.

Combine glamorous with react-primitives by removing implicit dependencies to render the same code across the targets.

Use this package only when you want to share the same code across multiple platforms. If you're looking to style the components for a specific platform use glamorous-native for React Native or glamorous for React 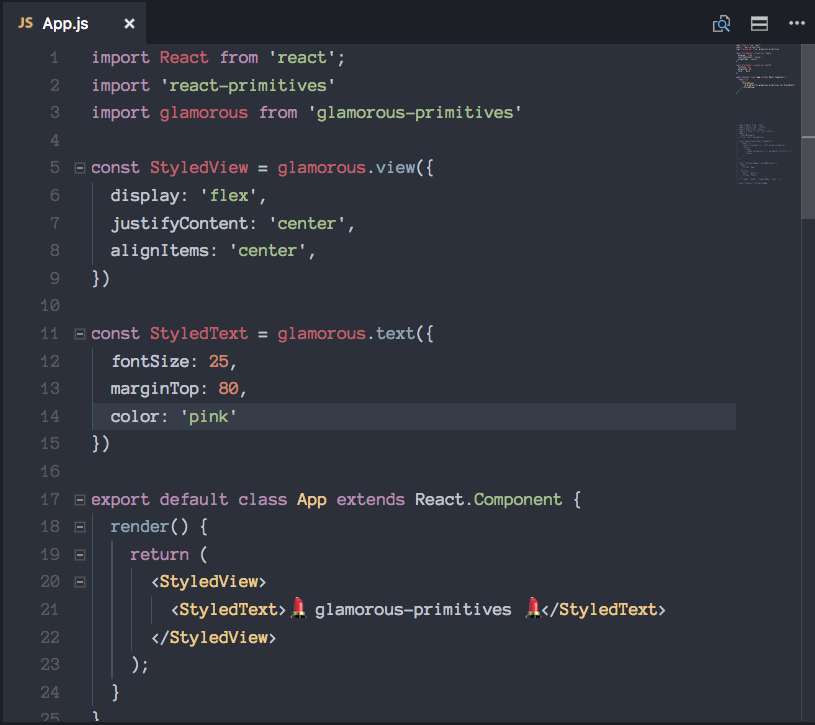 Renders on Sketch, Web and Mobile

This also depends on react and react-primitives. Make sure you have them installed.

There are no breaking changes in glamorous-primitives except for one thing which means you can do everything you used to do with glamorous and glamorous-native ?

glamorous-primitives does not export the "tiny" version of glamorous like glamorous and glamorous-native.

This is a Native Module for React Native that allows integration of Wowza's GoCoder SDK in less time.
05 February 2020
This is an opionated configuration for typescript react native project.
10 December 2019
Easy to use & awesome helpers for React Native.
05 July 2019